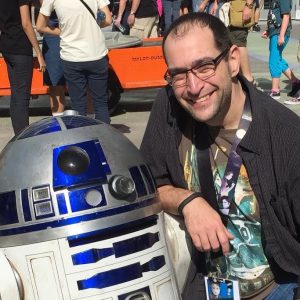 Erik’s been around since the very early days of podcasting, and he was the recipient of the 2005 People’s Choice Podcast Award in the “Movies/Film” category for his podcast at TheForce.net. He remember the early struggles of podcasting, including the fight to get podcasts into the iTunes store. He also likes to lament about having to walk to school uphill both ways in the snow…

He hates writing about himself almost as much as he hates referring to himself in the third person — however, if you contact him via the “Contact Us” page, he’d be more than happy to answer any questions. 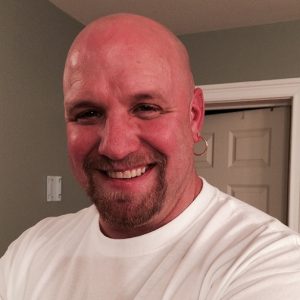 Lou started filling in as a guest host on LostChatter back during season 5 of the show and soon became a regular host. He then became a regular host on the AppChatter show in 2010. With the relaunch of the RandomChatter network in 2011 Lou’s role evolved to include editing and producing shows (yes, basically grunt work).

Lou’s somewhat random background makes him a good fit with the RandomChatter network. What’s that old saying, “jack of all trades, master of none”? Well, there you go. When he’s not at the computer, he’s usually on his mountain bike or behind his camera. Lou’s completest nature (let’s not mince words and call it what it really is—OCD) forces him to watch all episodes of a TV series once started, even when it’s not very good. 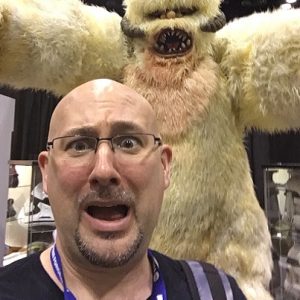 Meesa honored to be taking on dissa heavy burden.  Meesa accept this with moi, moi humility and…
[scuffle ensues]
Um… sorry folks. Lou apparently didn’t appreciate my acceptance speech.
Anyhow, a bit about me…
I live in central New York with my wife, niece, and two dogs.  I’m a life-long Star Wars fan and an eager (although often delayed) consumer of Star Wars novels, both EU and current, and occasionally venture into Star Wars comics.  I love Star Wars LEGO and the Black Series figures, if only I had more room for them!  I’m also a big fan of the Marvel Cinematic Universe, except Ant Man, who is completely unnecessary. 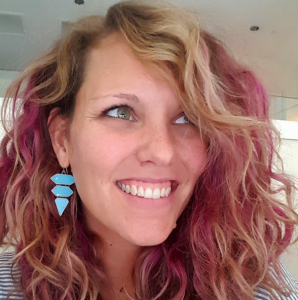 Hey guys, I’m Lizzie and I am brand new to the wonderful world of podcasting. Once upon a time…I got connected with Tim on the Twitterverse, where we quickly became fast friends due to our mutual love of Star Wars. 3 years later, Tim and I would meet…in person and my fears were instantly relieved when he turned out to be the cool guy on hoped he’d be. Through him, I got connected to the gents on the Random Chatter podcast and I guess I said something funny cause they asked me to join the network! Huzzah!!

Other things to know about me: I studied fashion design, I have my own blog Nerdinthecity.com and I lead worship on Sunday mornings at the church I grew up in. Star Wars is my first love and no boy has ever been able to compete with my love for Han Solo, so I’m single and I like it that way! if you love any of the following…Star Wars, Marvel, Buffy, Star Trek, Jane Austen, Summer beach vibes, pineapples, the 80’s, flip flops, thrift store shopping, red wine…then we will get along just fine! 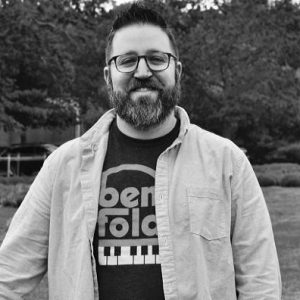 Born and raised on the “mean streets” of Connecticut, I have always been a nerd through and through.   My obsessions include Star Wars, the Marvel MCU, Doctor Who, Comic book, sci fi, and fantasy movies and TV. I am a dreamer, aspiring wood worker, amateur master builder, gamer, and nerd toy aficionado (well the ones my wife lets me keep). When not indulging in everything above, I help my wife raise our two children… ok well she does most of the raising I try not to be completely useless.

I have been podcasting for about two years on and off and I feel like I have found my passion for it! I’m ecstatic to be part of the network and looking forward to branching out! 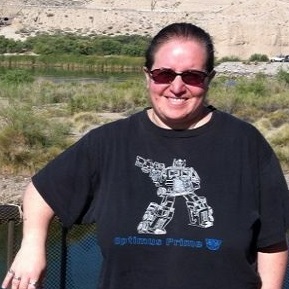 I am a Burbank, California native, bibliophile, cook, Aikidoka, gamer and incurable geek.  When I’m not working my “day job”, I can usually be found throwing people across a room or in the kitchen or gaming or with my nose in a book.

I also have an unhealthy obsession with Star Wars, Star Trek, Stargate… yes, all the Stars, among other things!  I’m obsessed with most things Sci-Fi and/or fantasy.  Also Douglas Adams, vampires, dragons, vikings, swords…  You get the general idea. 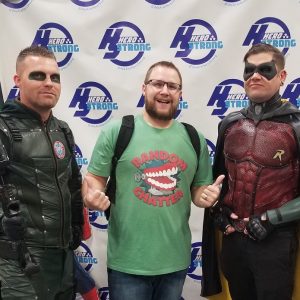 Who likes nerdy tv and movies? This guy! Who wants to play games and not work? This guy! Who is Batman? Probably not Mike…but could be…
Mike is a long time Star Wars fan and an advocate for the Prequel Trilogies. He is also known for his love of anything in the superhero field, but especially the DC Universe (Come on guys, Batman v. Superman wasn’t that bad…) He has seen every season of LOST multiple times and hopes this may make him a Dharma recruit. He also has had a strong passion for the Dragonball anime series. 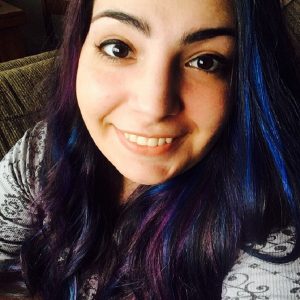 Andrea Cardama
Social Media Coordinator, Host
Shows: The Tightbeam, The Outer Rim, Getting Sidetracked, Caped Chronicles, Knights of the Holotable
Past Shows:  Fangirl Confessional
Andrea is a superhero by day, and a creative force by night! With coffee and tea running through her veins, she enthusiastically tackles each day, one adventure at a time. When she is not busy teaching Biology, Chemistry, English or Math, she can be found doing a million things such as writing, gaming, reading, hiking, baking, painting or watching TV! She has a wide range of interests when it comes to movies/shows, and she is not shy about breaking down, talking about and analyzing them! A good way to summarize everything she loves, without writing a novel, is with a fun fact: she has two Miniature Schnauzers (Luke & Leia), and has four Betta fish (Protey, Diogo, Miller and Amos). She used to also have a chameleon (Spock), a hamster (Bianca), and a hedgehog (Sonic)!

Andrea is a friendly Canadian who loves interacting with the world and talking about anything and everything so follow her on Twitter (@KatzBearz)! You can also catch her giving her co-hosts some loving Spanish sass in many of the RCN podcasts! 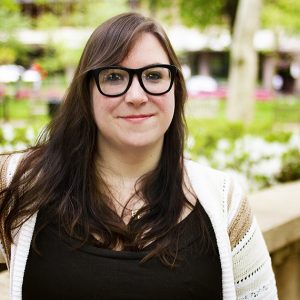 Shannon is a talkative geek from west (of) Philadelphia, born and raised. Growing up entirely around sports and film/television, she fell easily into fandom early on, loving everything from anime to cosplay to scores and soundtracks. But not old school westerns, like her dad; she fell more into adventure, sci-fi, fantasy, mystery, and superhero. Her innate ability to hold on to minute facts and trivia is both a blessing and a curse that she uses to her advantage in podcasting and annoying people on Twitter. She loves making gifs and designing “covers” on Photoshop when she’s not busy doing nothing. She holds a black belt, a degree in film from Temple University, a plethora of worldviews that often pit her against much of “traditional” geek culture, and an open mind to anything that isn’t harmful or toxic. She still loves her sports. She’s most enthusiastic about video games, The Expanse, cosplay, and coffee. No, she does not put cheese wiz on her cheesesteaks, and yes, she has run up the Art Museum steps.

You can find her over much of the internet @shankbeezy. 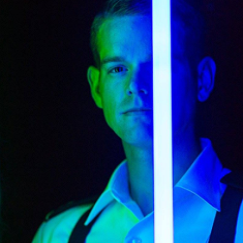 Thomas Harper
Host
Shows: Dispatches From the Front, The Outer Rim, Echo Base

Captain Thomas Harper is a Judge Advocate General (JAG) officer currently serving in the U.S. Army Reserves. After originally enlisting as a Private, Thomas commissioned as a Second Lieutenant through the Army ROTC program. He went on to serve 7 years on active duty as an Army JAG attorney. During his time in the JAG Corps, he served in a variety of positions, including as an Operational Law attorney in Afghanistan, where he advised commanders on the law of war and rules of engagement. While he loves all things geek, he is a massive Star Wars fan, collector, and the reigning back-to-back Dragon Con Star Wars Super Fan trivia champion. Thomas also writes a regular Star Wars column for The Legal Geeks, breaking down legal issues in the galaxy far, far away. 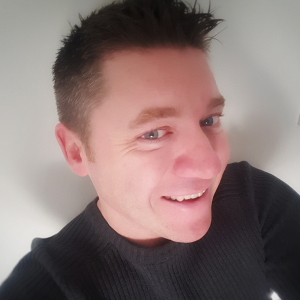 Fred is a proud West Coaster from Vancouver BC, Canada! By day, he works in a fast-paced, high-stress job in Information Technology Security, and by night, he can be found diving deep into fandoms, either by watching Sci-Fi, gaming (video, board, or table top), building a LEGO set, or even listening to a podcast or an audiobook. Fred also has a passion for cooking and enjoys throwing dinner parties or barbeques with friends. In the summer months, you can find Fred going off on adventures like Bilbo Baggins, or even Frodo: Getting lost in nature, finding his way to the top of Mount Doom (just kidding Mt. Baker), hugging black bears, and also ending up at some random lake that is only accessible by the path less taken.

Some of Fred’s favourite fandoms include: Star Wars, Star Trek, Battlestar Galactica, The Expanse, Game of Thrones, Transformers, and many many more! 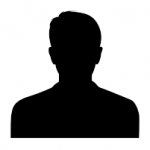 April is a wife, dog mom to 2 pit bulls that are too cute for their own good, and college professor that found her way back to NY after 27 years in CT. April enjoys watching terrible television that turns her brain to mush, super nerdy things (especially fan fiction, comics, and all the media that goes along with it), spending time with her husband when they aren’t being 2 ships passing in the night, reading, crocheting, being with family and friends, and sitting on the couch getting lost in YouTube holes for hours on end. April hates people that don’t know how to drive, being wrong, talking about herself, being judgmental (she is definitely guilty of being judgy), missing her friends and family that live back home and within an hour drive, and speaking in the third person. 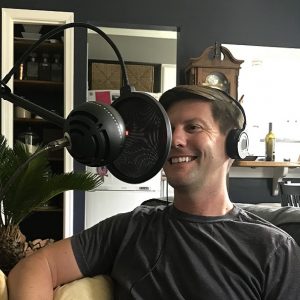 “Hailing from the Nation’s Capital, he is the Master of Disaster, the King of…” oh wait. This isn’t a boxing introduction. I grew up a huge SciFi fan… educated in both Star Wars and Star Trek… who grew up playing LEGOs and reading Marvel comic books. Nowadays, I get my Star Wars, LEGO, Marvel, etc. fix by educating my children in these areas. When I’m not doing that, I can be found saving DC from disasters or building furniture.

Just $1 a month, you can unlock full access to our Discord community!