It’s hard to worry too much when you feel “Invincible”.

It’s hard to worry too much when you feel “Invincible”. Barry is feeling pretty good about himself after his trip to the Speed Force, but his friends think he’s acting a little too confident. Even though The Flash is doing a great job taking down Zoom’s Earth 2 Metahumans, even the deadly and destructive Black Siren, you never know when Zoom will pull something deadly out of his pocket. And that’s exactly what the cowardly villain does by the end. Jay and Josh practice their Earth 2 cosplay as they rock their new ‘Beats by Wells’ on this week’s Scarlet Velocity: A Flash Podcast!

SV #310: Borrowing Problems From The Future

EchoBase #168: Erik’s Back for a Lego Heavy Show 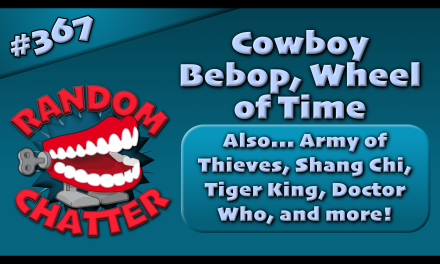