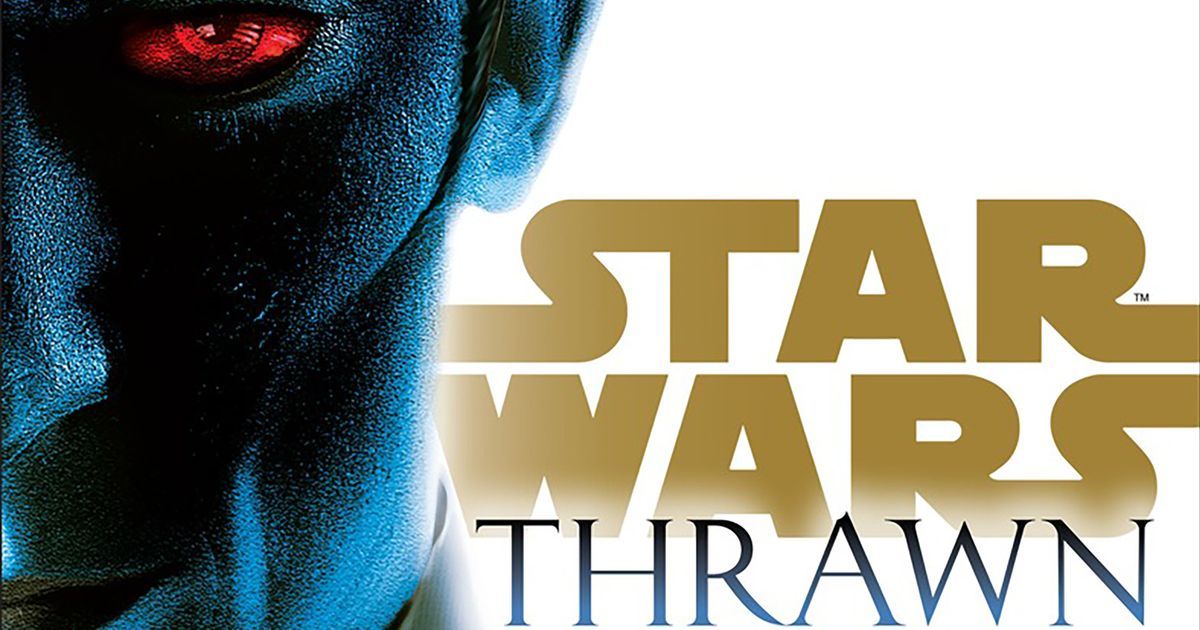 The following review of Star Wars: Thrawn was written by Will Davidson.

1991 was a year of seismic upheaval. The first Gulf War was launched, bringing concepts of total air domination, collateral damage and modern warfare to the popular consciousness for the first time. In a development which attracted significantly less global attention (at the time) Tim Berners-Lee unveiled the World Wide Web in Switzerland, ushering a new era of global connectivity. But for me, and for a lot of other young Star Wars fans at the time, both of these events were eclipsed by the publication of the Timothy Zahn Star Wars novel, Heir to the Empire, the first of a trilogy of tales extending (for the very first time) the Star Wars universe past the end of Return of the Jedi.

How much has changed. The success of those original books spawned an enormous Expanded Universe, populated with books and series of such mind-bewildering scope, number and diversity that ultimately that universe became unmanageably complex and unsustainable. The “de-canonization” of the EU was accompanied by considerable controversy, not least because of the apparent loss of certain characters, created within that universe, who had for fans become as real and as significant as the characters from the original movies.

For me, as for many, the greatest sense of loss was in relation to the characters of Zahn’s original trilogy of books. Of those characters, more than any other, it was the loss of Grand Admiral Thrawn which hit the hardest.

Blue skinned, red eyed, alien and yet immensely relatable, Thrawn was a villain of far greater depth and interest than the somewhat two-dimensional bad guys of George Lucas’s movies. He was fascinated by art, deriving almost Sherlockian insight about the behavior of other races by an examination of the artworks they created. He was ruthless and utterly imperial, but calm where Vader was anger-fueled, analytical and pragmatic where Palpatine was mystical and insane. From the moment of his introduction, through his intricate cat-and-mouse battles with our heroes to the manner of his eventual death, he was a character who leapt out from the page, demanding your attention and your respect.

But so what? All of that has been swept away – burned in a bonfire of the vanities which purged the post-Return of the Jedi universe and swept it clean, ready to be re-populated in alternative form by a series of books based around and supplementing a new movie trilogy, with all of the major characters from the original films following very different character arcs and progressions. And those “new canon” books, so eagerly anticipated, filling the void between Jedi and The Force Awakens, had been a little perfunctory and disappointing. Lacking in some of the artistry that had been a feature of the best of the Expanded Universe stories. What space was there, if any, in this new universe, for Grand Admiral Thrawn?

Well, as it turns out, it’s as if he has never left. Zahn, in this genre, has always been one of my favorite writers, but even I was skeptical that he would be able to pull of the challenge of reintroducing his most seminal character into the new canon, without both retreading old ground and simultaneously undermining everything that had gone before. And yet, in this new novel, entitled simply Thrawn in keeping with what has become a new canon tradition, Zahn gloriously, comprehensively succeeds. This is a book which works, however you come to it: as an introduction to those who have never read any of the EU novels; as backstory for those who have come to Thrawn through his appearances in the animated Rebels TV series; but most impressively of all, for those of us who still want the old Expanded Universe to continue in some sort of parallel universe, and want to read more of that story.

So, to the details (and as such it follows that the remainder of this review contains very mild spoilers for the content of the book). For all that this story sits comfortably within Zahn’s existing oeuvre, it is written in a modern and distinctive style which was extremely enjoyable to read. From the outset, chapters are introduced with thoughts seemingly drawn directly from the mind of Thrawn, almost as if he is selecting portions of his life for our education and enlightenment, and wants to be sure that we will not miss the lessons he intends us to draw. To be addressed directly in Thrawn’s voice from the first page was a bold choice and one which drew me directly into the story in a way that I had not expected.

Thrawn’s central character was very much as I wanted him to be – striking the right balance of effortless intuition with the behavior of someone from outside of a culture, trying to decode it and needing to depend on the assistance and goodwill of others in order to do so. As for those others, Zahn pulls of his usual trick of managing to find sympathetic aspects to them all. Even the worst of the characters (generally to be found among the ranks of politicians rather than the military, again in keeping with modern sensibilities) has some characteristic that endears, or that softens them for the reader. As for Thrawn’s “right hand” Eli Vanto – he is the reader’s avatar, discovering Thrawn with us and, like us, being educated and enlightened by Thrawn for a purpose which, for the majority of the book, remains entirely opaque.

So what about the story? I think one of the things that I had forgotten about Zahn’s story-telling is how much fun it is to read. Summarizing does it an immense disservice, reducing it to a story of the rise of an outsider – an alien even among the more well-known aliens of the imperial galaxy, through the military ranks and on to greatness. It is a tale of a military genius, but a political naif, who somehow manages to navigate his way through plots and challenges of various types to emerge older, wiser but unquestionably victorious.

That he would do so is never really left in any doubt – this is Thrawn after all, and we already know from Rebels that he is going to end up in the white uniform of a Grand Admiral. But the fascinating aspect (as indeed in the Sherlock Holmes stories with which I have regularly seen Zahn’s tales compared) is in the how. How does he overcome the pirate menace that he sets his sights on defeating? How does he escape the political machinations of his enemies within the Coruscant establishment? How does he raise himself through the ranks of an Imperial navy beset with anti-alien bias, and ruled over by career men and women who resent the unconventional flair of their upstart subordinate? It is, I promise you, a fascinating tale.

And, yes, so artistically done. 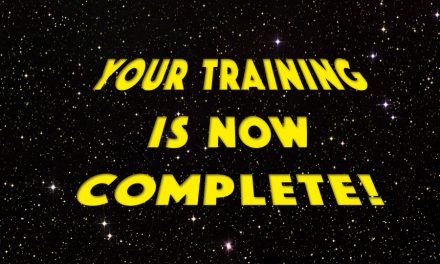 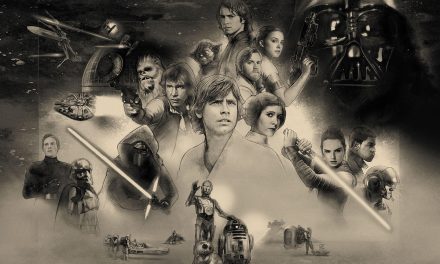