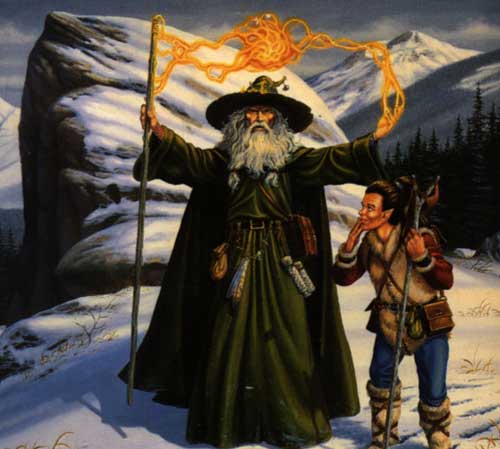 Don’t let that title scare you off! Really, there is nothing to worry about.

Like many fans what is now Legends, in Star Wars, I have been struggling with the drastic changes to the Star Wars Timeline, since Disney bought the franchise.  While I’ve loved the new content and stories we’ve been exposed to, there’s been a… kind of familiar wrongness to the new direction of things.  And then, as I watched Star Wars: The Last Jedi, in a fog of cold meds and caffeine, it hit me.  I have seen this kind of thing before.

Here there be spoilers!!

Long ago, on the far away world of Krynn, a brave Kender named Tasslehoff Burrfoot did something that no Dwarf, Gnome or Kender was ever meant to do:  He traveled in time.  He hadn’t meant to do it.  He just wanted to help out his friend Caramon, who was not in the best of places, at the time.  But, in doing so, Tas helped to save the world.

This is not that story.

For more of Uncle Tas’ many exploits, I recommend reading the Dragonlance Novels, specifically those written by Margaret Weis and Tracy Hickman.

No… this is the story of two futures this most famous of Kender had the privilege of seeing.

You see, the Device of Time Traveling that Caramon and Tasslehoff used to go back in time and save their world had an unusual affinity for the Kender.  And while Tas always meant to return the device to his friend Fizban, he was overcome (as many Kender are) with a fit of Wanderlust.  Not all of Tas’ exploits in time and space are known to us.  But it is known that Tas traveled to the future at least twice (or so he claims).

Realizing that he would probably not outlive his friend Caramon, Tas – being the good friend that he was – decided to travel to the future, with the intent of speaking at the great warrior’s funeral.  Unfortunately, the first time Tas made the attempt, he over shot and missed Caramon’s funeral by a day or two.  However, all of his other friends had gathered to pay their respects to the old warrior.  So Tasslehoff managed to enjoy this rare opportunity to reminisce with Tanis, Goldmoon and the rest of his old traveling companions and their families, before returning to his own time.

But return to his own time, he did.  And for many, many years Tasslehoff forgot that he still had the Device of Time Traveling.   Until the time of the Chaos War, when Tas, who was used to being needed only for very small things, did the biggest and most heroic thing he had ever done:  he sacrificed himself, to save Krynn from the god Chaos.

For it was at the very moment that Chaos was about to stomp Tas out of existence that our heroic Kender suddenly remembered that he hadn’t yet spoken at Caramon’s funeral.  And so, finding the Device of Time Traveling amongst his pouches, Tas whisked himself back to the future again.  Only this time, Tas got there a day early and arrived to a future Krynn that was very much changed from the one he had seen before.

This future was much bleaker.  The gods of Krynn had disappeared and with them the world’s magic.  Elven kingdoms that had once thrived were now in ruins or oppressed by Krynn’s new Dragon Overlords.  And Tas’ friends were either dead or scattered across the world.  There were those who blamed this time traveling Kender for the ruin Krynn had become.  However, it was not Tasslehoff’s fault.  In fact, it was this very act of time traveling that allowed the gods of Krynn to find the world they had lost.  Unfortunately, Krynn was forever changed, as were the families we got to know and love, over the course of the first six main Dragonlance novels and many short stories.  Of course, in the world of Dragonlance, we have only the word of one infamous Kender that the future was supposed to have been different.

Since seeing The Last Jedi, I’ve hit on an eerie similarity between the two timelines of Krynn and the two timelines of the galaxy far, far away.  Thirty years into what is now the Legends Timeline of Star Wars would have put us roughly at the end of the New Jedi Order novels.  The Yuuzhan Vong had been defeated and while the galaxy, as we knew it, was forever changed, there was… relative peace.  Additionally, the families we knew and loved had mostly survived these events.  The Skywalkers, Solos, Antillies, Horns and others pulled together and got stronger, in the wake of so much tragedy.

That is not the galaxy we have inherited, with the change in Star Wars canon.  The galaxy we know now is much bleaker.  Some of the characters we came to know and love, over twenty-five years of written content no longer exist.  Others are greatly changed or their fates are unknown to us.  And even more are dying with each movie and story published, in this new timeline.  It is easy to feel lost and a bit hopeless, in this new state of the galaxy.  Especially now, where as far as we know, the sum total of the “good guys” has been reduced to those who were able to squeeze onto an old Corellian freighter.  There may well be sparks of hope out amongst the stars.  But the current outlook of the Star Wars galaxy – in universe – is pretty grim.

In a way, those of us who consumed every bit of Star Wars EU content, are like Tasslehoff Burrfoot.  We know that things were meant to be different and, possibly, better.  But that is not the reality we are now presented with.  And while that knowledge may make some of us sad, it is important for to remember one of the most important personality traits of a Kender (No, not that one.  Your possessions are safe.), which is that they are never sad for long.  And as Leia keeps reminding us, there is always hope.

May the Force be with us and May your pouches never be empty! 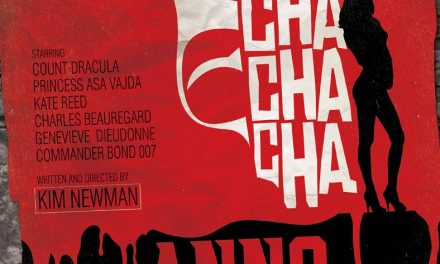