About Bond: Episode 3 – Not Your Ordinary Bond Girl

There is one woman who has appeared in nearly every James Bond film… Miss Moneypenny. Moneypenny, who in most Bond films served as M’s confidential secretary, always maintained a professional, albeit flirtatious, relationship with 007. Typically, when Bond would arrive at M’s office in the first act for his initial mission briefing, he and Moneypenny would exchange some coquettish remarks while he perched (and sometimes casually tossed) his hat on the hat rack before his meeting with M. In some films, M would have to remind Bond, and sometimes Moneypenny, of Bond’s reason for being in the office.
Much more background and screen time has been given to Moneypenny in Skyfall and Spectre, as the character, played by the gorgeous and talented Naomie Harris, was revealed to be a field agent prior to becoming M’s secretary. She had proven herself competent as a field agent, but had her confidence shaken (not stirred) by a couple of incidents, one of which resulted in her shooting Bond. These gave her reason to take the mantle of assistant to Gareth Mallory (Ralph Fiennes) in his role as Chairman of the Intelligence and Security Committee, and then his secretary following his appointment as M.
Among the canonical films, Moneypenny has been portrayed by four actresses. From the first film – Dr. No (1962), up to A View to a Kill (1985), the role was played by Lois Maxwell. For as much as I love the refreshed Moneypenny played by Harris, Maxwell’s Moneypenny holds true as the definitive rendition of this character. Caroline Bliss played a rather forgettable Moneypenny in The Living Daylights and License to Kill. Samantha Bond (no relation) played Moneypenny for the four films of the Pierce Brosnan years. Naomie Harris is the fourth Moneypenny.
Miss Moneypenny, whose first name was revealed in Skyfall to be Eve, despite her clear adoration for Bond, always seemed to be a sexual foil to 007. While the flirtation was obvious, and there was even a bit of kissing in a couple of films, Bond never managed to coax Moneypenny into bed, which seemed practically expected given their relationship and Bond’s way with women. Most fans thought the two would finally make it happen in Skyfall when Moneypenny meets bond in Macau and gives him a shave. As far as we know, Moneypenny resisted Bond’s charms for any other activities.
While the only canonical Bond films to not feature Moneypenny were Daniel Craig’s first two (Casino Royale and Quantum of Solace), they have certainly come a long way to bring a lot of interest to a fun but fairly static character. While we still don’t know what Bond 25 will bring, I’m hopeful Naomie Harris will reprise the role (IMDB currently lists her as ‘rumored’ to do so) and they continue to develop this great character with some significant story and screen time.
-QGT 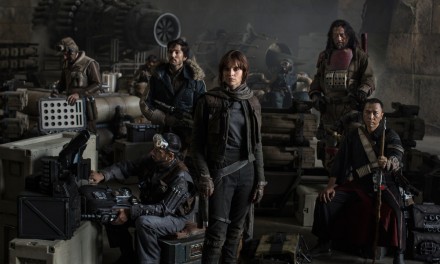