In 21 of the canonical Bond films, 007 makes a visit to Q in the first act.  Q, short for Quartermaster, and head of the Q Branch (or later the Q Division) is a research and development specialist, providing Bond and other agents of MI6 with a variety of mission-essential gadgets, armaments, and vehicles.  While Q’s gadgets are so remarkable, the topic really deserves its own article, which I’ll be sure to cover at a later date.

If you’ve never visited the International Spy Museum in Washington, DC; it is absolutely worth the trip and price of admission.  They also have a gift shop which you could spend an hour or more in.  The Spy Museum has fun, interactive elements while they teach you about the history of spies, some of the most famous spies, spy gadgets, and links of all that into pop culture – especially James Bond.  The exhibits on spy gadgets are pretty mind blowing.  The spy game is a deadly one, and spies needed to have tools available to them, usually concealed, to help them accomplish their objectives.

Q always seemed to have the foresight to equip Bond with the exact tools he needed for every mission, usually getting Bond out of a jam that we otherwise weren’t sure how he would escape.  Often, the gadgets that Q issued Bond (usually insisting that Bond returned them in working order after his mission) would be forgotten about by the audience, and sometimes Bond himself, until the point they were needed.

The role of Q, while relatively minor in the films, is usually an important one.  Bond’s visits to Q Branch often provide a bit of comedy relief as we get to watch Q’s staff test a variety of gadgets and weapons.  On occasion Q has had to scold Bond as 007 is tempted by his curiosity to pick up some of the gadgets he encounters.  On some occasions, Q has visited Bond in locations outside Q Branch.   On rare occasion, in the earlier films, Q was referred to by name: Major Boothroyd.

In the canonical films, Q was played by four actors.  Peter Burton was the first, appearing in the role only in the first Bond film, Dr. No.  According to Wikipedia, scheduling conflicts prevented him from taking the role in From Russia With Love.  While I hold no ill will against Mr. Burton, I’m personally quite happy that he had this conflict, providing the opportunity for Desmond Llewelyn to take the role.  Llewelyn, to many, defined the role and personality of Q.  Desmond Llewelyn played Q in 17 Bond films, from 1963 to 1999.  He died in 1999 from a car accident at age 85.  17 films, by the way, is the highest number of films ever played by any Bond actor.

For The World is not Enough and Die Another Day, the role of Q was portrayed by the indomitable John Cleese.  In honor of Desmond Llewelyn, these films eased Cleese into the role, first introducing him as R, an assistant to the Quartermaster.  Cleese’s two films helped finish the Brosnan era of Bond.

The first two films of the Daniel Craig era actually had no Q, something that reportedly didn’t sit well with the new Bond star.  In 2012’s Skyfall, Ben Whishaw, at 31 (the youngest actor to play Q) made his debut into the franchise.  Craig’s Bond actually comments on the age and relative inexperience of this new Q in Skyfall, but later in the films gains a great amount of respect for his capabilities.  Whishaw has had arguably the largest role for any Q in a Bond film, with rather pivotal appearances in Skyfall and Spectre.  Whishaw’s portrayal also brings a lot of tech savvy to the role, something explored significantly in Skyfall.  It is fully expected that Whishaw will reprise the role in Bond 25.

Which actor is your favorite Q? 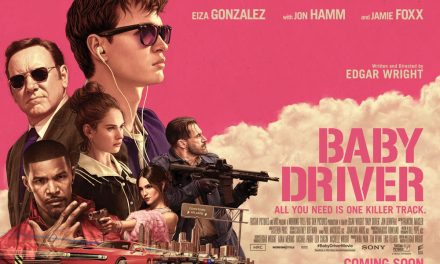