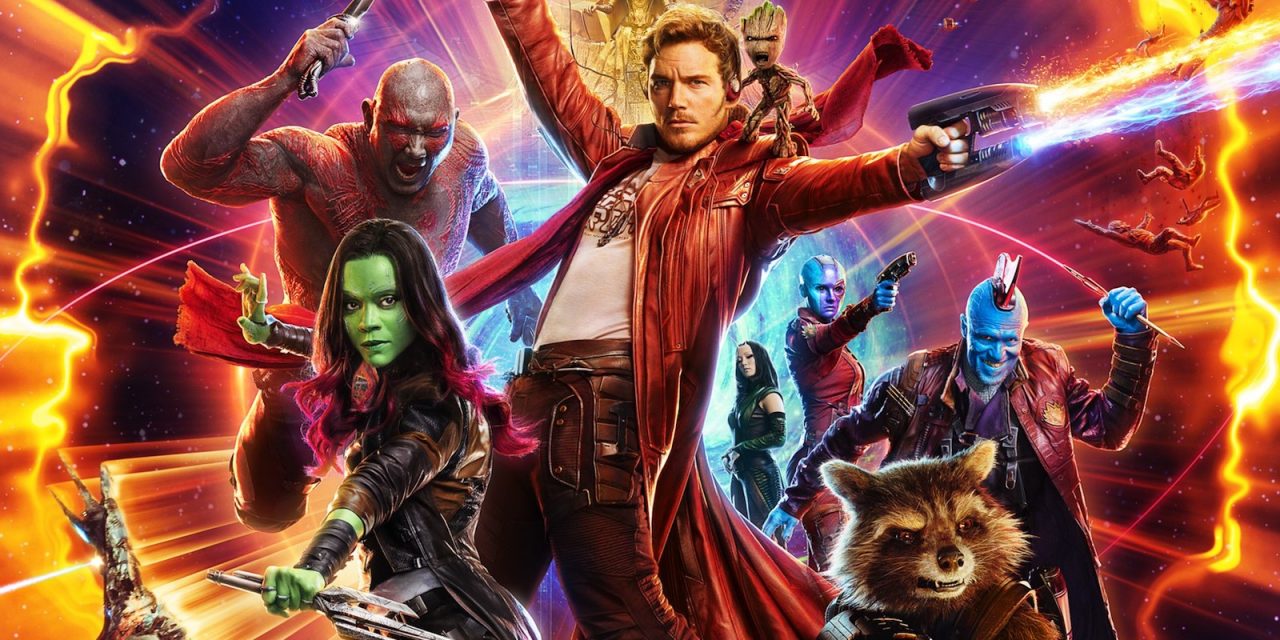 GUARDIANS OF THE GALAXY VOL. 2

I really loved the first GOTG movie, and this is definitely a worthy follow up.  It’s a little too soon to say whether it’s better or worse, but I would definitely say this is the funniest Marvel movie yet.  The comedy is just crammed into every moment of this movie, but it also manages some real drama and emotion at the same time.  There’s a few legitimately dark moments in between the insanity.  The entire film is a riot of color and fun, though it lack a strong central plot for a large portion of the runtime.  There’s not a driving external threat for a lot of the story, though that’s not the worst thing in the world.  Every character has an interesting story arc, even Rocket and Groot.  And minor characters like Yondu get major moments as well.

I think the most surprising thing about GOTG2 is that it has almost nothing to do with the larger MCU story.  This story doesn’t do anything to set up the Infinity War, Thanos, or the Infinity Stones.  But the competing stories with Ayesha and Ego the Living Planet were both interesting with some major revelations I didn’t see coming.  Kurt Russell was a great deal of fun as Ego.  I also really enjoyed the addition of Mantis to the cast, even though her presence was almost entirely superfluous.  Even more so than the original movie, GOTG2 just goes completely crazy with the cosmic sci-fi and I loved it. 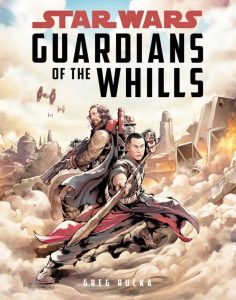 STAR WARS: GUARDIANS OF THE WHILLS by Greg Rucka

This was a really entertaining little book.  I say “little” because it was only 240 pages and took me a single day to read, and I’m a slow reader.  And unfortunately it cost just a dollar less than Rebel Rising, which is twice as long.  So I’m still a little bitter of over that haha.  But putting that aside, this was a wonderful tale that expertly captured Chirrut and Baze.  Their dialogue is just perfect and hilarious.  I love their relationship with one another.  They were the biggest surprise of the movie and I was dying to learn more about their back story, which you definitely get here.  Even more importantly, we finally get a definitive answer on how Chirrut can “see” and whether he has any Force ability or not.

While we don’t get their entire life story, we do learn a great deal about Jedha and its culture, and we see the coming of Saw Gerrera to the planet.  It’s a fascinating setting for the story to take place in.  Even the minor characters have interesting moments.  My favorite line of the book is when some big burly alien thug meets them, and rather than saying something threatening, he leans down to Chirrut and asks “will you pray for me?”.   There’s a lot of great little moments like that.  If you’re a fan of the characters in the movie, you should definitely check this book out.  It’s advertised as middle grade fiction, but there’s really nothing to separate this from an “adult” novel.

I read these books when they first came out in 1998-9 and hadn’t read them since.  At the time I remember really loving the first one, hating the second, and thinking the third one was merely acceptable.  It’s a trilogy of books starring Boba Fett across two different timeframes, one just after New Hope and another in the middle of Return of the Jedi.  The present story details Fett’s survival and recovery from the Sarlacc, while the past story is about him coming into conflict with the Bounty Hunters Guild and several other factions.  On my second exposure, I would still say this trilogy is a mixed bag.

The most interesting thing is the large number of competing factions plotting against each other.  You’ve got the Emperor, Vader, Prince Xizor of Black Sun, Kuat of Kuat, the Assembler, the Bounty Hunters Guild, its leader, Bossk, and in the middle of it all, Boba Fett.  It was pretty neat how all these different interests run into one another, Game of Thrones style.  Fett, of course, is a proper bad ass who is always the smartest man in the room.  It’s a good portrayal of him, though he talks way too much.

That’s my largest complaint.  People talk too damn much.  Chapters are full of twenty page dialogue scenes where people say or think the same information over and over again.  The amount of repetition in these books is ridiculous.  This could have easily been a two part series without losing any of the events that occurred.  I also did not find the present day story to be terribly interesting.  The framing device of the entire first book is Fett recovering in a cave with Dengar and a dancing girl.  It was a bit of a slog to get through.

The two timeline story device was a curious decision.  The past story is vastly more interesting than the present one, mainly because Xizor and the Assembler are in that one.  They’re both dead in the “present”, yet the story revolves around them both, making the present day story pretty hollow.  Kuat of Kuat, the present day villain, is unfortunately not interesting at all.

If you’re a big EU fan, or a big Boba Fett, I would recommend these books.  They’re entertaining for the most part.  Just don’t expect a four star masterpiece.