(WARNING: Though I will try to stay away from main plot points in this post, I will be discussing the new features and mechanics of the game)

So I finished the main storyline of Pokemon Sun a couple nights ago, and I figured that I would write down some general thoughts I had about it. After all, I’ve been a fan of the Pokemon games since I first got my hands on a Game Boy Color and Pokemon Red when I was a kid. A lot has changed since those days though, and Pokemon Sun & Moon is perhaps the most drastic departure that the series has taken since the original games were released a little over 20 years ago. If you’ve not yet played the game, fear not, as the core structure of the game remains the same. You still catch the Pokemon, you still have to train & battle them, etc. It’s everything around this structure that has changed.

The setting of the game is Alola, a group of four islands that is largely based on Hawaii. You travel on each of these, taking on the “island challenge” in the process. The island challenge is arguably what has changed most in the game. Gone are the traditional Gym Leaders from previous games, and in their place are trials. Led by trainers known as “captains,” you must complete the challenge that the trial offers, which usually involves solving some sort of puzzle and then fighting an extra powerful Pokemon at the end called a Totem Pokemon. I thought this was a nice change of pace from the typical Gym Leader battle, especially given that a few of the battles were more challenging than a Gym Leader likely would have been. Once you complete all the trials, you have to face the Island Kahuna, which is the closest thing this game has to a Gym Leader. You move on to new areas and new islands by beating the trials and kahunas. There are also no HMs this time around, which was a fantastic addition. Instead, you are given a Ride Pager where you can call for certain Pokemon to do specific things for you (such as a Lapras for surfing).

In the previous set of games, Pokemon X & Y, you had a group of friends who you would interact and battle with, but there was never a true rival. Sun & Moon, on the other hand, give you two rivals: one is more of a friendly tagalong (think of the rival in Ruby/Sapphire) while the other is not necessarily an enemy but you have differing goals and views (such as the rival in Gold/Silver). I really enjoyed this concept, especially the latter who has quickly become one of my favorite rivals in all of the games.

Many of the other characters you meet also have more development and personality than some of the previous games had, especially X & Y. There is the Professor who makes many appearances throughout the game instead of sitting in his lab doing nothing, as well as Lillie who provides that emotional support yet has some mysteries of her past that make her compelling.

And then you have Team Skull, the baddies of this generation. I’ll admit, when I first played the demo for Sun & Moon, I hated them. I thought they were stupid and terribly unoriginal, but they really grew on me. Don’t get me wrong, they are still for the most part a weak group of misfits who are trying to cause trouble, but their design actually makes them unique and gives us things that we haven’t really seen much of from the bad guys in past games. Team Skull definitely becomes more interesting as the game goes on and you discover more behind their intentions and their origins.

I’ve seen many people call Sun & Moon some of the hardest Pokemon games yet. However, I’ve also seen people criticize it for being too easy, or that it caters too much to new fans and holds your hand without offering a challenge. I can definitely see both sides points. The game gives you multiple situations where your party is automatically healed before a big fight, and hands out free items to you on a consistent basis. Though it was nice to have things like this, I do miss the challenge of getting through a tough cave or area with wounded Pokemon only to find out that I have to beat someone I wasn’t expecting to fight before I can finish the area. For battles, you are now also given a heads-up on move effectiveness for Pokemon that you’ve defeated or caught previously, so if you can’t remember what types are effective on that annoying Dark-type Pokemon that you keep encountering, the game will tell you. Though this may seem like a way to just make the game easier, it makes sense. After all, if you have info on a Pokemon you’ve seen before in your Pokedex already, it makes sense that the Dex would tell you what it’s weak to. Plus, who wants to remember all of those effectiveness advantages/disadvantages anyway? Not me.

So why are some calling this difficult? Well, not only are some of the trainer battles and the first couple of trials more difficult than expected, but the game also has multiple instances where the difficulty will suddenly spike without giving you many chances to grind your team. Just as it was in X & Y, grinding is a lot easier with the optional Exp. Share that gives experience points to your team even if they don’t participate in the battle, so this spike in difficulty isn’t as big of a deal as it could have been. Still, by the time I faced the Pokemon League, I was definitely under leveled. My only personal complaint with this game was that some of the trainer battles felt too easy or underwhelming. They either had only 1 or 2 Pokemon on their team, or the levels just weren’t very high. And given that there are no Gym Leaders, you would think that the difficulty of the normal battles would be raised even slightly. Still, it wasn’t a game breaker.

I sent out a tweet a couple of days after I started playing Sun saying that it was the most fun I was having with a Pokemon game since Silver back in 2000, and that opinion held strong throughout the entire game. I think it’s a great addition to the series and I’m glad the developers had the guts to think outside the box and change some of the longtime game mechanics that we’ve had for the past 20 years. I’m hopeful that the next set of Pokemon games will only continue this trend, and help even more people get engaged with the franchise. No matter if you’re a longtime Pokemon fan or someone who is just now wanting to get into it, you’ll have a blast with this game! 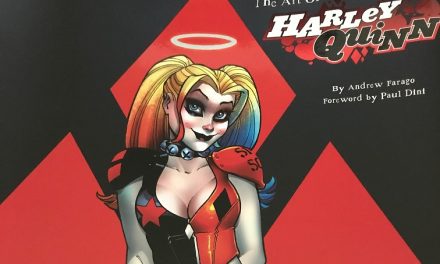 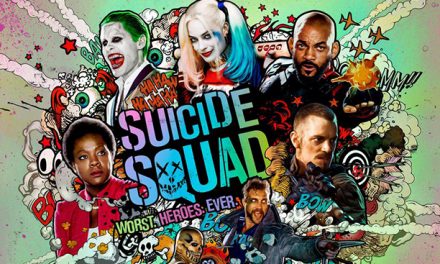