KING ARTHUR: LEGEND OF THE SWORD

I really enjoyed this movie, but with some caveats.  I can definitely understand why it wouldn’t be for everyone, but if you’re a fan of Guy Ritchie’s previous movies (Lock Stock, Snatch, Sherlock Holmes) then you should enjoy this one.  KA is a bizarre mish-mash of two different tones and genres.  Half the movie is a clever British crime caper comedy with intelligent and memorable dialogue.  The other half is a traditional staid LOTR/GOT fantasy epic war movie with crazy magic and creatures.  It’s almost as if two different movies were smashed together.  Now, I personally enjoyed this, but I can see how it would turn some people off.

The other reason to hate on it is that this has almost nothing to do with Arthurian legend.  Arthur is a pimp and a minor crime lord, and only a few of the characters and concepts carry over.  This didn’t bother me.  Arthurian legend has already been done to death, and done to perfection in 1981’s Excalibur.  A straight up adaptation would not have truly interested me.  A Guy Ritchie version done with mostly modern dialogue and jump cuts is a different choice to stand out from the pack.  Like his previous movies, the dialogue is extremely clever and the characters come off as very individual and intelligent.  They think and act like real, petty people and not noble archetypes.  I found this to be a very refreshing change of pace from a traditional fantasy movie.  Arthur is definitely not noble, but he is underhanded and clever in a fiendish way that really made him interesting.  I just accepted this is as ‘alternate universe’ version of King Arthur and didn’t let the massive changes bother me.  To each their own.

The fantasy sequences are really out there too.  Random crazy creatures, alternate shadow worlds, terrifying monsters… While these sections felt very out of pace with the rest of the movie, they were visually very interesting and really changed things up.  I enjoyed the fact that the random evil minions were actually given character and personality.  Even the evil King has some really interesting scenes to develop his personality in a three dimensional way. 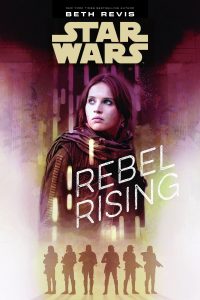 Like Lost Stars before it, this is a wonderful Star Wars novel that I fear will get overlooked because it’s labeled as Young Adult.  After seeing Rogue One, my first wish was to get to see all the adventures that Jyn had as a teenager with Saw Gerrera, so I’m so delighted they gave me a book delivering exactly that.  Jyn and Saw’s relationship is really fascinating and the high point of the book, though I do wish we had seen more about what exactly Saw was doing and his interactions with the Rebellion.  It’s great to get to see Saw before he went crazy and his truly paternal feelings for Jyn.  I almost wish the entire book had just been that part of her life, but this book actually covers her entire life span from the opening of the movie to the present day which is quite a few more years than her handful with Saw.

While the sections post-Saw are not quite as interesting, it’s still fascinating to see her life on her own.  It’s also a bit depressing.  I look back on Jyn’s life and she basically just suffered one misery after another and then she died.  She gets so few moments of true happiness, and then they’re always immediately snatched away from her.  It’s a real tragedy, though the book isn’t unbearably bleak.  The biggest surprise for me was that Jyn feels as equally apprehensive about the rebels as the Empire, but the novel does an excellent job of establishing exactly why she feels that way.  It was something I didn’t really dwell on with the movie, but it’s a major part of this story.

The third act of the book is a bit of a collection of disconnected stories without a central narrative, which is a slight disappointment.  I just hope this one book doesn’t put in stone too much of Jyn’s lifespan so that she can continue to appear in other stories.  I’d love to see her in Rebels.  There are sections of the story that gloss over a year or two so I’m hoping those were intentional windows for future stories.  Jyn is a character I felt a real connection to and Rebel Rising has only deepened that.  I highly recommend this for anyone who enjoyed Rogue One and wants to learn more about Jyn’s character.  Don’t let the label fool you; this is as adult a Star Wars novel as any other. 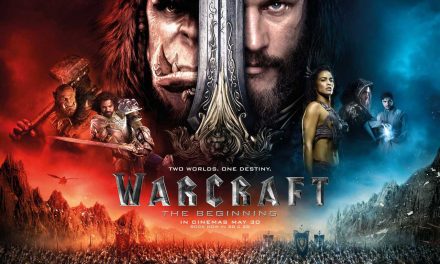