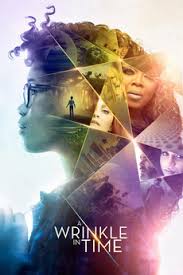 A Wrinkle in Time, by Madelein L’Engle was one of my first forays into science fiction literature.  It was required reading in…  I want to say fourth or fifth grade.  Since that time, I have read Wrinkle (and it’s three sequels) several times.  Since it’s publication, in 1962, there have been, to my knowledge, only two attempts to adapt it to film. I have a vague recollection of the 2003 TV movie, but I don’t remember being all that impressed by it.

This latest adaptation, however, put a smile on my face from beginning to end. Director Ava DuVernay and the screen writers have managed to capture the spirit of the novel and modernize it, for the 21st Century.

The movie also succeeds in being rather close to the book. My best friend and I had this conversation, before I’d seen the movie and she warned me that the movie takes a hard turn, towards the end. That’s actually not the case. It’s just that there’s a scene from the book, before the final confrontation, that was cut out. And as much as I love Auntie Beast, including her would have broken the flow of the movie. And she at least got a mention, so I was fine with not actually visiting with her.

Reese Witherspoon, Mindy Kaling and Oprah Winfrey, as the Mrs, were practically perfect casting. I loved the idea of Mrs Which being unable to maintain a “normal” size, rather than watching her fade in and out of existence. Because, let’s face it… You’re not going to cast Oprah in anything and have her be nothing more than a specter. I did miss Mrs Which’s hissing speech pattern as well as the explanation that the three Mrs were stars. But omissions like those can be forgiven.

All of the kids, in this movie were great. Especially Meg (Storm Reid) and Charles Wallace (Deric McCabe). Making Charles Wallace adopted, I felt, was a bit of an odd choice. Nothing wrong with it. Just odd. If nothing else, it explains why the twins aren’t in the picture Sandy and Denny are fun characters, but not really necessary to this story. Charles Wallace, on the other hand does a lot of the heavy lifting, in the story and Deric McCabe was really good at playing smarter than almost everyone. Plus he’s adorable, even when he’s being an evil brat.

Finally, Michael Pena, as Red and Zach Galfanakis, as Happy Medium we’re very good choices.  And Chris Pine, of course, as Mr Murray.  Since you don’t get to see much of him, in the book, I loved the flashbacks, at the beginning of the movie and the look into his relationship with Meg.

I think the biggest issue I had with the movie was that they named the adversary a bit too early. In the book, the adversary is just a “Black Thing”. It’s not really given a another name, in the book, until the children get to Camaztoz.  However, the message of how darkness finds its way into the universe and how it can be combated cannot be stated enough. Especially right now.

I also had a bit of an issue, at first, with how Camaztoz was depicted.  Camaztoz is all about order.  All order, all the time. So a beach party, in the middle of Camaztoz shouldn’t really work.  However, for the purposes of the movie, it works as a way to distill the journey through Camaztoz down to what’s most important.

If you’ve read and liked A Wrinkle in Time, I highly recommend this moving. Even if you’ve never read the book, I recommend the movie (and THEN go read the book.  Read the sequels too, maybe!).  I just wish I had had time to see it in a theater.  A movie like this deserves a big screen. 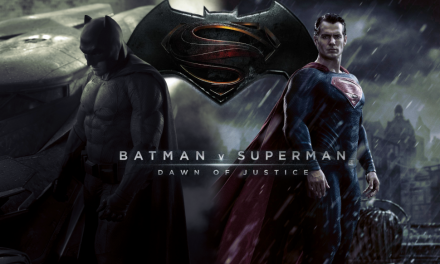