I’m a die-hard Batman fan, though I could care less about Superman. In my opinion, the traditional Superman character just doesn’t fit as a hero within today’s society. Not only do we struggle with doing what’s right, sometimes we don’t even know what is “right.” Yet Superman is this indestructible alien who’s never conflicted. And, as Batman points out in this film, doesn’t know fear.

That being said, I’m one of the apparent few who enjoyed Man of Steel. No, it wasn’t a great film, and the pacing was obnoxiously slow in too many places. But I liked the way it made the character a bit more relevant to today.

Additionally, I recognize that movies sometimes need to stray from the “reality” of the comics. It’s a different medium and a different universe. I don’t get wrapped up in movies straying from the comic book perspective of characters and events—though going so far as to break the characters is a different story.

I still remember when Ben Affleck was first announced as the new Batman, and everybody freaked out. I reserved judgment, but I too was skeptical. Fortunately, we had nothing to worry about. Ben Affleck is both the best Batman ever to appear on screen and also the best Bruce Wayne. I can’t wait for his solo film. This is the Batman we’ve been waiting for all along.

Though the trailers helped assuage my concerns about Batman, I was still worried about Gal Gadot as Wonder Woman. The trailers almost made her look more like a token or a gimmick than a real character. But once again, the film succeeded in introducing a “new” character in a believable and interesting way. Though she was never the focus of the film, Wonder Woman never felt like a distraction from the story. Instead, she fit in the way I’d hoped she would.

I’m a little less impressed with Lex Luthor—though to be fair, I’ve never been a big Luthor fan. I believe Jesse Eisenberg skillfully gave the performance Zack Snyder was looking for. I’m just not sure whether that was the best path in which to take Lex. Regardless, even if it wasn’t the best choice of approach, it was certainly acceptable. The intelligent-yet-disturbed Lex Luthor made for a competent villain.

While the story itself was good enough, the slow pacing hurt the movie. I spent much of the movie wondering why the critics loathed this film so much, as I found it mostly enjoyable. Then during the slower “character moments,” especially at the end of the film, I began to understand why (even though I still disagree with the critics’ vitriol).

Zack gave us good character moments, but people complained about the lack of action. If Zack just gave us a train ride of action, people would complain about the shallow characters—though this approach worked well enough for Mad Max: Fury Road, so maybe that would have been a better choice.

Regardless, I felt the story was interesting. The pacing, more than anything else, is what hurt the film.

This movie had problems, but it’s still a solid film. I could spend all day speculating upon reasons why the critics tore it apart, but my strongest suspicion is that they’re just tired of comic book movies, and this was the first to come along that felt safe to attack.

For the “Story/Writing” category, I’m giving this a 7. The story was interesting enough, though at times I felt it tried to cram too much into a movie that should have been much shorter than it was.

For “Characters,” I’m giving this a 8. Batman and Wonder Woman were spot-on. And I felt they did a good job of making Superman relevant—a feat so many Superman writers fail to deliver. Lex Luthor didn’t sit well with me, but he wasn’t bad either.

The “Pacing” was the film’s weakest point. I’m giving it a 5.

The “Emotional Connection,” or “did we feel what we were supposed to feel,” was solid. The action scenes worked well and weren’t just a bunch of shaky-cam nonsense. The more serious character moments worked well too. I’m giving this a 9.

The “Wildcard” category is a little tougher this time around, as I don’t know exactly what to consider here. For the most part, I liked the characters. I liked the story, even if it seemed to drag on too long. And I liked the direction in which they seem to be taking the universe going forward. In fact, I think I’ll base the wildcard upon that. I’ll give it a 9 based on the groundwork it establishes for future films.

All in all, while not a great film, it was fun, and I think most comic book fans (if not all) will find it enjoyable. 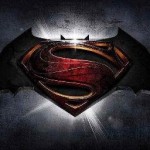