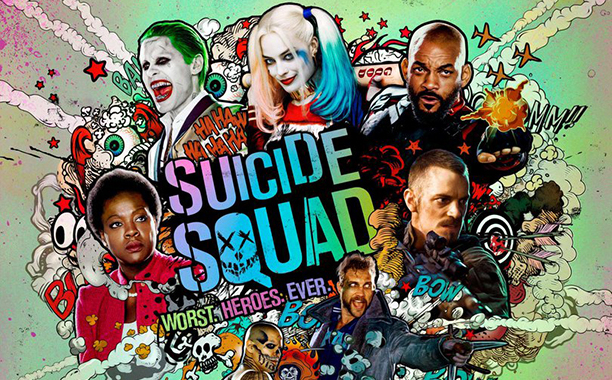 I loved this movie!  For the first time in the new DCEU, there was a sense of fun and excitement.  Now, I love Man of Steel.  And I mostly like BVS, even though it’s way too morose and serious.  But the tone of this movie was perfect.  It had dark material with dark characters but it never stopped being entertaining and funny.  Every character worked.  I loved the Joker (even if it was a pretty far interpretation from the comics).  Harley was delightful and constantly doing something interesting.  I liked Deadshot a lot more than I expected to.  Waller was great.  Croc was funny.  Even El Diablo had a good story.  Rick Flagg worked better than I expected, and Huntress had some very interesting things going on (though the performance when she was evil was way too over the top).  Katana barely exists as a character but I loved the look and what we did get.  This movie even achieved the impossible and made me like Jai Courtney for the first time ever.

I loved how crammed this movie was with ideas and characters, while at the same time flowing perfectly, unlike BVS which was a jumbled mess of too many stories.  This is a world full of pre-existing heroes and villains and we see them all in passing without too much explanation, including some great Batman cameos.  It’s a world where a woman can just stumble across an idol and get possessed by an ancient extra-dimensional witch, as you do.

The actual mission/story was thankfully kept a mystery from the trailers so I went in knowing nothing.  I thought it was a pretty good story with a big threat.  The third act had a solid resolution.  I didn’t really have any complaints about the movie, so I’m really mystified at all the horrible reviews it’s getting. 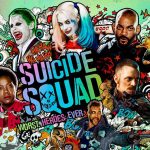