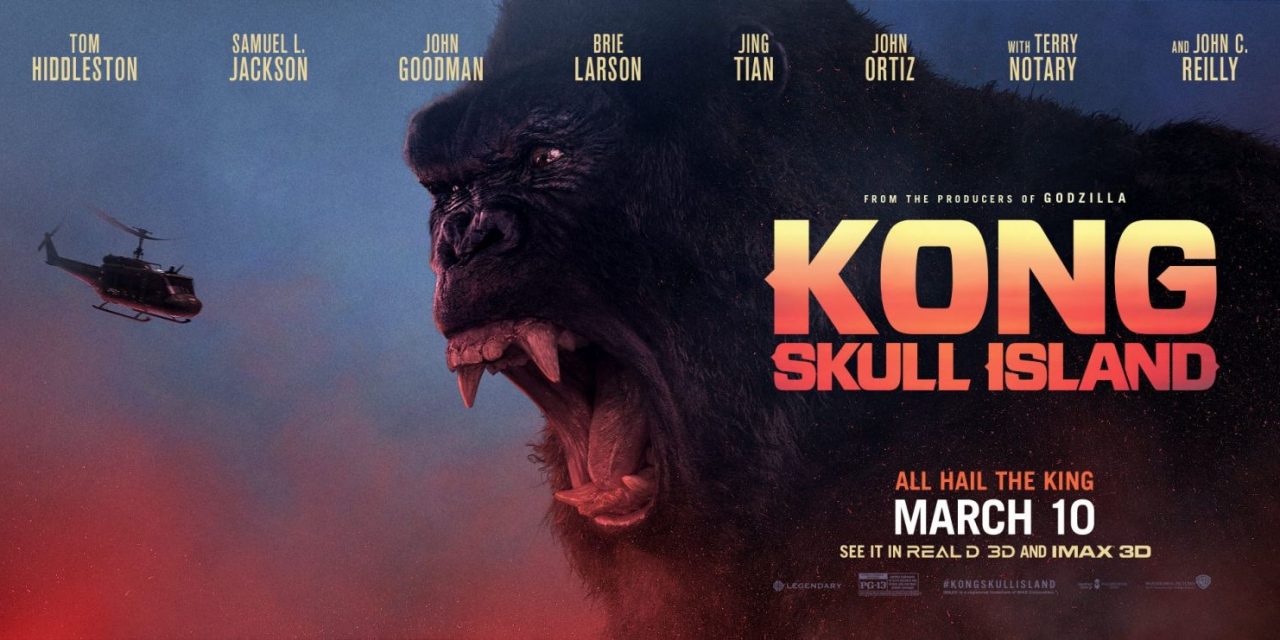 I really enjoyed this movie and didn’t have any problems with it.  It was a big, fun adventure with amazing spectacle.  There was a real sense of danger and tension to every action sequence.  My favorite section of old Kong movies has always been the middle chapter on Skull Island; setting the entire movie there is a great idea.  I also loved the 70s Vietnam War setting.  It really set the movie apart from being a rehash of Peter Jackson’s version.  The continuity with Godzilla 2014 was also great and I can’t wait to see where this franchise goes next.  Kong and all the monsters were great, though I did find the Skullcrushers to be slightly underwhelming.  The cast and characters were very solid, but John C. Reilly definitely stole the show with some perfect comic relief.  Brie Larsen doesn’t have much to do, but she manages to have a real presence despite that which isn’t easy to do.  I was also relieved that this version mostly avoided the ‘Kong falls in love with a white woman’ trope.

This is the Schlinder’s List of superhero movies.  It’s marvelously well made, but almost unpleasant to watch.  The writing and visuals are incredibly real and brutal.  It was wonderful to finally see a proper realization of what a man with razor sharp metal claws and a healing factor can do in all it’s R-rated glory.  I could easily see Hugh Jackman getting an Oscar for this movie, despite the bias against sci-fi and fantasy.  It’s a wonderful character study of Wolverine and Xavier.  Laura is a great new addition even without dialogue.  But the story is just so dark and brutal, I don’t even know the next time I would want to watch it again.  It’s a killer.  It’s a great movie but I don’t know if I would call it entertaining.  Definitely not fun.  There are also long sections of the movie that could have easily been excised. 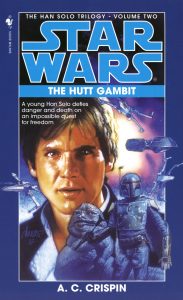 In honor of the commencement of filming of the Young Han Solo movie, I went back to re-read an old favorite, the THE HAN SOLO TRILOGY by A.C. Crispin from 1997 to 1998.  This series came out at the end of the Bantam Era of the SW EU as the license turned over to Del Rey.  There were two book projects that served as book end to this era; this series, and Timothy Zahn’s Hand of Thrawn two parter.  This is the series that finally pulled back the curtain on Han Solo’s mysterious past and stitched together all the various references into a single narrative.  It’s very good for the most part, though the first book isn’t as good as the others.

PARADISE SNARE: I’m still not a fan of this book.  It stars a teenage Han Solo before he meets Chewbacca, and basically doesn’t really have much to do with anything.  It introduces some characters who become important later in the trilogy, but it’s basically a standalone adventure that could be easily skipped.  The majority of the book is about the planet Ylesia where Hutt cousins run a religious cult keeping their followers drugged to be slaves.  It’s just not that interesting.  Han isn’t really the character we know and love yet, and his sidekick in this book “Muuurgh” is a thinly veiled Chewbacca stand-in.

HUTT GAMBIT: This, on the other hand, is a four star classic!  This is a great and important story chock full of milestones worked seamlessly into an interesting story.  We learn how Han and Chewie meet and see Han become a part of the smugglers’ society on Nar Shaada and work with Jabba.  He also see how he meets Lando and Boba Fett, not to mention every other minor character he knows from the E.U.  The machinations between the different Hutt clans are actually pretty interesting and the Hutt characters have interesting motivations.  Even Jabba is shown to be a competent and cunning businessman.  The larger story is about the Empire attacking Nar Shaada, resulting in a thrilling and imaginative space battle.  If they chose to use this book as the basis for the Young Han Solo movie, I’d be quite pleased!

REBEL DAWN: This was a disappointing ending to the trilogy.  While the second book was a perfect story of bridging old continuity and telling a fun exciting story, this one fails to succeed in the same way.  Crispin’s attention to detail is wonderful, but having Han Solo disappear for the entire middle third of the book because he’s off in the 1970s books really kills the flow of this story.  The entire book ends up feeling disjointed, like three disconnected sections.  The ending battle at Ylesia is decent, but not as interesting as the Battle of Nar Shadaa.  The rivalry between the two Hutt factions is the most interesting thing going on.  And the very ending is another artificial continuity stumble where a pre-existing event feels shoehorned into this plot, whereas in book 2 it was all flawlessly included.  Aspects of this book were a lot more similar to Rogue One than I remembered, which was very interesting.  I hope the forthcoming Young Han Solo movie takes a big cue from the second book, while also including the character of Bria Tharen to some degree. 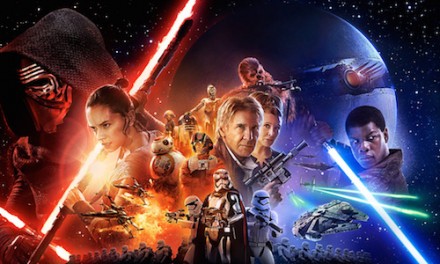 Bring The Force Awakens Home As Soon As April 1st