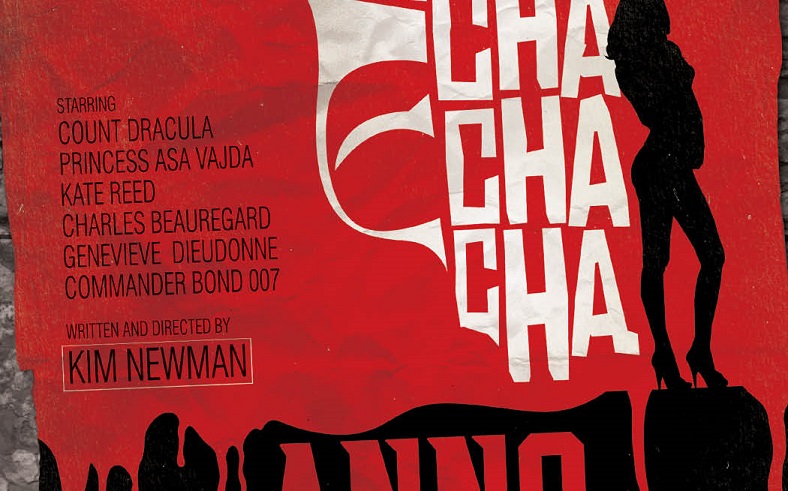 “During the struggle to oust Dracula from the throne of Great Britain, Kate had spent seven years as an outlaw.  Hiding from Carpathians who wanted to impale her, she’d edited an underground newsheet.  Later, in the First World War, she’d been buried under one of il principe’s marvellous toys, the first breed of tank.  She wasn’t sure she could be as forgiving of him as the monster could afford to be of her.  She also resented Penny’s implied suggestion that political agitation was a passing hobby, something to fill out boring years of an eternity not spent furthering her bloodline.” — Anno Dracula: Dracula Cha Cha Cha, Kim Newman

“For the first four hundred years, I had to hide.  You weren’t a vampire then, Kate.  Before Dracula came to London and the undead population exploded, many vampires felt turning was a curse, not a blessing.  They belived they’d sinned so dreadfully they were bared from Heaven.  Even now, I’m not sure the Changes were all for the best.” — Genevieve, Anno Dracula: Dracula Cha Cha Cha

“At the end, nobody claims to understand.  Talk all you will of viruses and radium deposits, or of demons and goblins, but the fact is that there are creatures who cast no reflection in a looking glass.  That cannot be explained.  In the eighty years the world has been forced to accept that there are indeed such things as vampires, that has defeated many a greater mind that yours, Herbert West.  Remember Max Planck’s Black Blood Refractive Postulate?  What would you give for the laws of optics and refraction?  Or any other scientific law?  Not a farthing.  Things that can’t be, are.  If there are gods, they are mad or idiot.  This girl here defies all your attempts to measure, calculate, categorise, define, confine, or constrain.  And what are you going to do about it, bleat?” — Dr Pretorius, Anno Dracula: Dracula Cha Cha Cha

The year is 1959 and everyone from Orson Welles to Norma Desmond to a Kansas Quarterback named Kent is in Rome for the Wedding of the Century.  That’s right!  “il principe”, Vlad Dracula is getting married and the who’s who of warm and vampire kind are invited.

But what is a vampire story without a little (or a lot) of blood?  And it’s surely just coincidence that a man in red tights and a mask is killing vampire elders, while the city prepares for the big day.  It’s a horror that only Eddie Poe could concoct.  But he’s busy writing for Fellini and Welles, so it’s up to Kate Reed and a Commander Bond (Hamish Bond) to chase down this murderer.

As with the previous novels, the 2012 reprinting includes more annotations, as well as a brand new novella set in 1968 and aptly titled Aquarius.

I liked that this is a return to the murder mystery and unlike the first novel, there’s an actual mystery this time.  I’m not a huge Bond fan, but I’ve seen enough Bond films to appreciate the inclusion of Secret Agent Bond in this story.  I love that this novel keeps you guessing until the end.  And the resolution to this third novel is much more satisfying, in a way, than the previous two.

The Anno Dracula series, by now, is know for name dropping famous and/or obscure figures from history and fiction.  And Dracula Cha Cha Cha is no exception.  The idea that Errol Flynn, Orson Welles and Mr and Mrs Addams would be at the same party is really cool.  The idea that Edgar Allen Poe is now working in Italian Cinema…  I really want to know what kinds of films Poe would create.

I like how this novel introduces an element of the supernatural back into the story.  Yes, we’re dealing with the idea that vampires are real, but the world of Anno Dracula has had almost a century to come to terms with this idea.  Dracula Cha Cha Cha introduces a new element that I’m not sure we’ll see in further novels, but gives even the vampires we’ve come to know cause to wonder what else is possible.

Finally, without giving too much away, I like how this novel wraps up the series so far.  In many ways, it’s a fitting end to the first eighty years of Newman’s alternate history.

There are a couple of plot holes that I didn’t quite understand.  Otherwise, it’s hard to come up with something to not like about Dracula Cha Cha Cha because it’s much better than the previous novel.

The chapters involving Beauregard were hard to read, because the book is very up front that he was dying.  I’ll admit that I was still hoping Charles Beauregard would survive the novel, but it would have been out of character for him.  I think I will miss him as the series progresses.

If you’ve liked the Anno Dracula series so far, then definitely pick this one up.  It’s a almost more fun than the original novel. 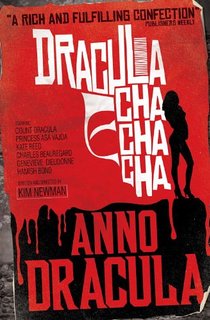