To view this content, you must be a member of RandomChatter's Patreon at $5 or more

To view this content, you must be a member of RandomChatter's Patreon at $5 or more

To kick off filming of Bond 25, Barbara Broccoli assembled a panel of notables in one of the most iconic Bond locations… Jamaica.  Jamaica, of course, was the setting for the first Bond film, Dr. No, and was the location which, in the real world, Ian Flemming...
Read More

In Fort Benning, Georgia, there is a museum dedicated to the men and women of the United States Army from the beginning of US history to the most current military conflict. This museum is set up as a monument to the sacrifices many have given in the...
Read More

The matter of divisiveness in the Star Wars fan community has been bothering me for some time now.  These issues have gotten so severe that, were it not for me co-hosting Echo Base, I would have likely withdrawn from a lot of social media.  My perspective on the Star...
Read More

"I know what the Germans think - or at least what our chaps at Whitehall believe the Germans think.  Everyone knows that Hitler is fascinated with the occult, that he's rumored to have a stable of pet astrologers - and obviously we have some, too, yourself among them....
Read More

The Design If you search ‘mud trooper’ in your favorite internet search engine, you don’t get a whole lot… in a relative sense.  A lot of the images are the same and each day there is more fan art (which I think is awesome, by the way!).  You also get some images of...
Read More 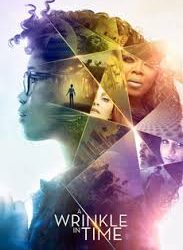 A Wrinkle in Time, by Madelein L'Engle was one of my first forays into science fiction literature.  It was required reading in...  I want to say fourth or fifth grade.  Since that time, I have read Wrinkle (and it's three sequels) several times.  Since it's...

About Bond: Episode 9 – Bond and Black Panther, Shaken, Not Stirred

Have you seen Black Panther? The first two acts have so many similarities with many popular Bond tropes.

While many actors have been considered for the role of James Bond, there was one who was actually contracted to play the role, but never did.

As Random Chatter’s Erik Blythe often says, ‘A hero is only as interesting as their villain is powerful’.  Bond has faced many villains through his 24 films; some films even having more than the main villain, they also featured henchmen which Bond had to first defeat....

The term ‘Grey Jedi’ is another source of discourse within the Star Wars fandom. What is a Grey Jedi? Do you like the term? 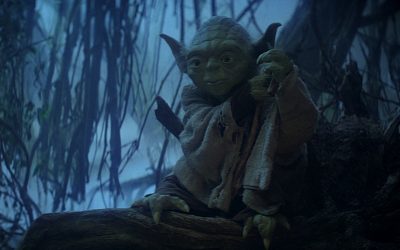 We all know the line by now: "Try not.  Do or do not.  There is no try." But... what if that was the wrong thing to tell Luke?  Actually, that may not be the right question, but bear with me.  Because there's a lot we don't know about how long Luke trained on Dagobah,... 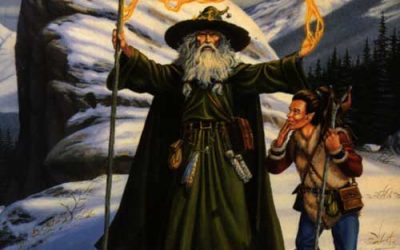 Don't let that title scare you off! Really, there is nothing to worry about. Like many fans what is now Legends, in Star Wars, I have been struggling with the drastic changes to the Star Wars Timeline, since Disney bought the franchise.  While I’ve loved the new...

Star Wars and James Bond are two of the most famous and long-lived franchises in film history. Hollywood, or Pinewood Studios for that matter, is a small place… so where have the two franchises crossed paths through the years?

Q – MI6’s Quartermaster – knows just what Bond needs for every mission. He equips 007 with gadgets, weapons, and vehicles for his missions. Through all the Bond films, there have only been four actors to play the role of Q, and Tim tell you all about them.

Tim talks about each of the six actors that have portrayed James Bond. Who is your favorite? 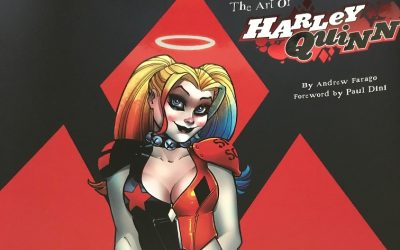 Psychiatrist and psychotic.  Brooklyn girl and Gotham Siren.  Smart as a whip and blunt as her oversized mallet. Fractured, but never broken.  From the Joker's witty sidekick to super smart super villain/anti-hero, in her own right. Harleen Quinzel has been many...

"Approaching a personage like Yuki-Onna - Dracula comes inevitably to mind, and very few others - is like walking into a maelstrom or an inferno.  Or the heart of a star.  They shine such eternal light or exert such gravitational pull that everything else is dull,...